FNHA was formed in January of 2003 when rumors 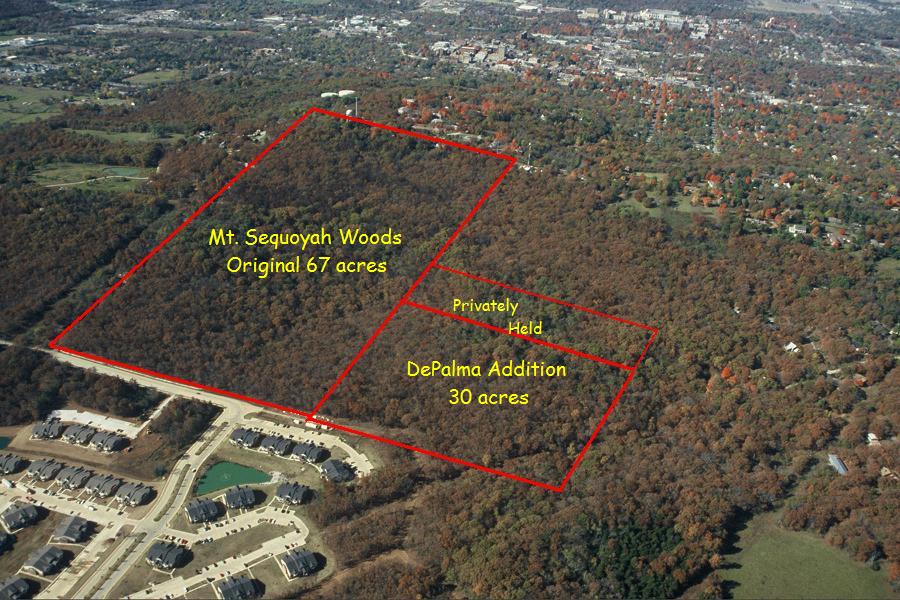 began to circulate that Mount Sequoyah Woods, a 67-acre natural area in the heart of Fayetteville, was going to be sold by the Western Methodist Assembly. Because of its beauty and accessibility, this forested tract has been a favorite hiking area for many years. In cooperation with the City of Fayetteville, FNHA committed to raising $300,000 (in private donations) of the $1,300,000 selling price. With this agreement in place, the City acquired Mount Sequoyah Woods from the Methodist Assembly, and FNHA followed through on its fundraising commitment.

The community-wide effort to “Save Mount Sequoyah Woods” brought the issue of undeveloped natural spaces to the attention of both private citizens and the business community within Fayetteville, most notably, real estate developers. As a result of our efforts, FNHA became recognized as an effective advocate for healthy green infrastructure, while not being perceived as anti-development.

FNHA’s mission is to identify and protect Fayetteville’s most significant natural areas. We are not against development. However, we think it is vitally important to preserve the most important natural spaces in our area for the enjoyment of current and future generations. 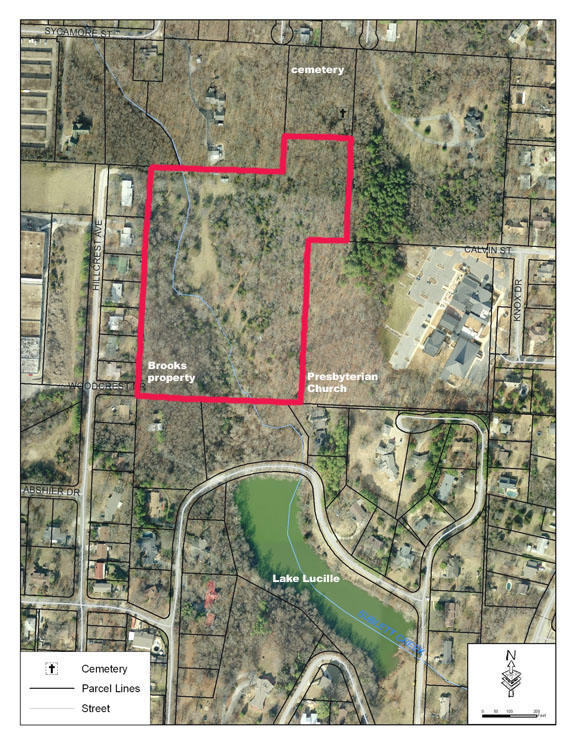 The members of the Fayetteville Natural Heritage Association have contributed over $630,000 to the City of Fayetteville toward the conservation of more than 515 acres of natural areas.  We were an important advocate for preservation of the Kessler Mountain Reserve and are committed to raising $300,000 toward this purchase.

Our group also developed an innovative method for identifying and ranking natural areas using a sophisticated GIS mapping system that has won regional and national awards.  We completed development of a regional Green Infrastructure Plan, which also won a national award, which an important part of Fayetteville’s City Plan 2030.  We worked with the City Parks Department to reclaim about 40 acres of upland prairie (Callie’s Prairie at Lake Fayetteville) on the Butterfield Trail, and improved access to the Brooks-Hummel Nature Reserve. FNHA partnered with the City Environmental Action Committee to get Fayetteville certified as the first National Wildlife Federation Community Wildlife Habitat® in Arkansas, and  established the Founders’ Scholarship Endowment in 2013 to help young residents attend summer naturalist programs

FNHA has earned an excellent reputation within our community for both conservation and common sense resulting in tremendous citizen support.