Greenspace in and outside the municipalities in northwestern Arkansas consists of scattered patches of forest and prairie. These represent two important ecosystems that provide essential services that preserve 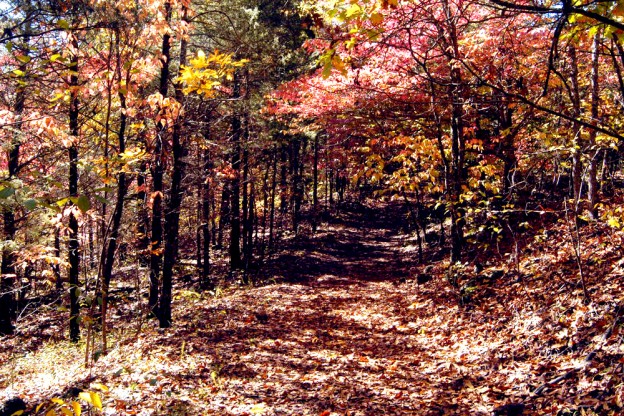 the integrity of planet earth. For example, two of the services through plant metabolism are the production of atmospheric oxygen and the absorption of carbon dioxide, the accumulation of the latter being a factor in the global warming phenomenon. This purification of the air is needed everywhere, including in our part of Arkansas, in both the countryside and inside our towns and cities, especially in the municipalities where automobile traffic and industrial activities jointly consume an inordinate amount of oxygen and produce a proliferation of carbon dioxide. These adverse activities conspire to degrade the atmosphere.   Therefore, greenspace patches are doubly important in developed urban districts. Residing in sterile urban environments devoid of patches of natural habitats gives people the mistaken concept that that is the normal condition on earth. This viewpoint lacks a public advocacy for preserving natural ecosystems and their benefits thus leading to a lack of support for these advantages resulting in the gradual deterioration of the needs for a healthy planet.

The enormous popularity of established state and national parks, and city parks, provides compelling evidence that people greatly enjoy and are attracted to these preserved pieces of nature. It makes sense then to transport this enjoyment to the urban environment and to the adjacent countryside by establishing greenspaces close to where people reside and thereby adding to the health of the earth as well.

Natural environments and even patches of greenspace attract wildlife.   Therefore, let’s consider wildlife.   Viewing wildlife is even more popular than visits to the natural habitats in parks. The greater attendance at zoos than botanical gardens documents this.   The places where large mammals are present in the national parks are where the crowds gather. And in particular among Americans today, bird watching leads the list of outdoor activities even surpassing hunting and fishing. Preserving greenspace is a primary way to encourage birds in urban and surrounding areas, thereby encouraging visits by birds to the numerous backyard feeding stations that characterize our urban environments to the enjoyment of our citizens. A raccoon visiting a feeding station is exciting; reaction to squirrels is mixed unless it’s a flying squirrel or chipmunk. These backyard encounters with birds and mammals are happy experiences that enrich the human spirit. It makes us feel connected with nature, a condition that would not exist in the absence of adequate greenspace. 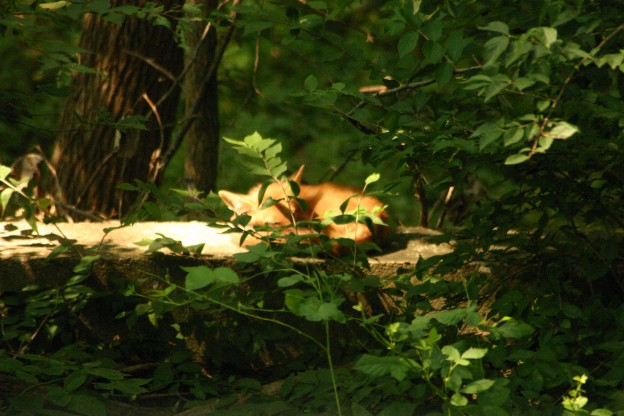 Fayetteville has a large diversity in urban wildlife within its limits.   Besides the numerous bird species there are many mammals including squirrels, raccoons, opossums, armadillos, rabbits, woodchucks, and even moles and skunks, plus the occasional deer. In fact the sterile environment of many urban areas can be a barrier that isolates populations of mammals, but not birds that enjoy the freedom of flight. But to mammals urban areas can be a real impediment constraining circulation between populations. Greenspace in the urban realm provides the needed corridor linking disconnected mammalian populations. 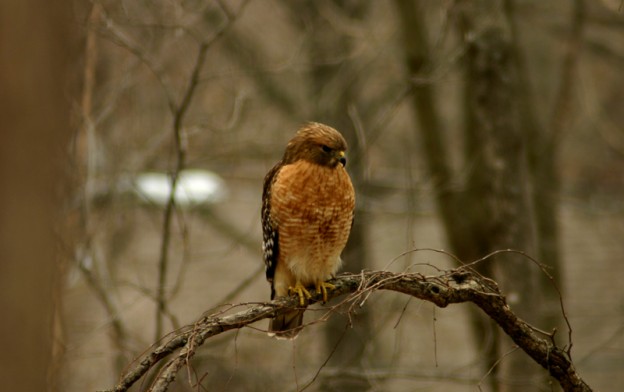 Actually, the animals in Fayetteville have communicated to us the fact that the city has become more forest like.  Years ago, it was the open country fox squirrel that dominated the scene.  Now only the gray squirrel is here, which is a forest animal.  The forest dwelling Red-shouldered Hawk now nests all over town.  Cooper’s Hawks currently nest in town too.  In fact, an important video has been produced starring the Red-shouldered Hawk titled “The Hawks of Wilson Park.”  This could not have happened without the progressive development, so far, of greenspace in Fayetteville.  This needs to be continued because it is important in so many ways.