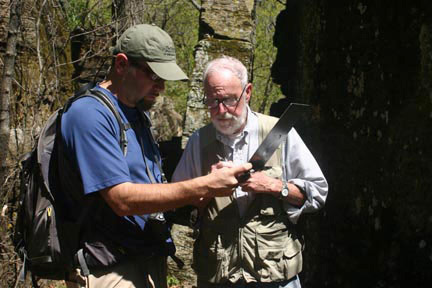 Fayetteville’s renowned natural beauty is based on its surrounding hilltops, oak and maple trees, and river valleys, but population growth is quickly eliminating many of these characteristics.

In 2005, using a grant from the Arkansas Forestry Commission’s Urban Forestry Program and the U.S. Forestry Service, the Fayetteville Natural Heritage Association (FNHA) began an assessment study to rank and prioritize natural sites which should be considered for conservation. Partners in our project were The Nature Conservancy’s Ozark Highlands Office and the Landscape Architecture Department at the University of Arkansas.

What makes a good conservation site?

An advanced computer mapping technique, a “Geographic Information System” (GIS), was used to rank parcels of property worth conserving in the City and Planning Area of Fayetteville as well as watersheds intersecting the Planning Area. This technique used data from the Washington County Assessor’s Office 2005 parcel boundaries and publicly available GIS data, such as the 2004 Land Use/Land Cover dataset developed by the Center for Advanced Spatial Technologies (CAST) at the University of Arkansas, roads from the Arkansas Highway and Transportation Department, Soil Survey Geographic, and the Digital Elevation Model from the Northwest Arkansas Regional Planning Commission.

Parcels for the study were limited to those over 5 acres with more than 50% of their area not developed. Sites were given high ranks based on the amount of “biodiversity”, which is the number of different plant and animal species found in a given habitat. Each site’s ranking was lowered by the presence of man-made disturbances. For further information about this ranking process please refer to the Urban Forest Conservation Assessment Report for Fayetteville, Arkansas.

This ranking information was used for developing a map of places that could be considered for conservation. A Science Advisory Council (SAC) helped in making decisions about information used to create the map. The group included members from FNHA, the University of Arkansas faculty, the City of Fayetteville staff, Beaver Water District staff, The Nature Conservancy staff and others.

To help make these decisions, public input was solicited from a questionnaire that was distributed to a diverse cross-section of citizens. This questionnaire helped the Science Advis 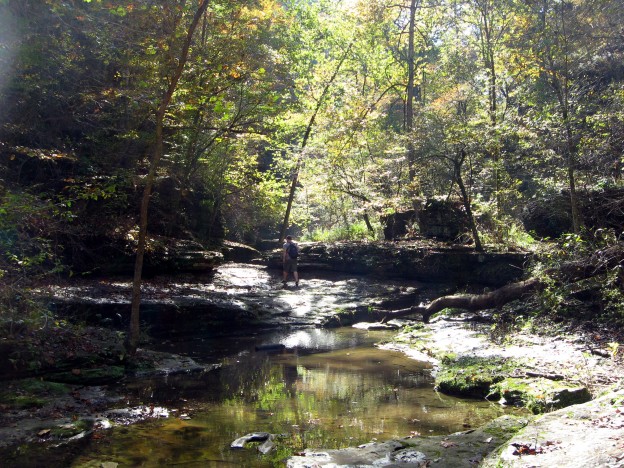 ory Council select the site characteristics (below) that were most important. The SAC considered habitat connectivity, topographic diversity and rarity, forest cover, diversity of forest types, predicted species diversity, length of streams and existence of water bodies as most important, and gave these possible characteristics much more weight than others.

A final step in the project was to visit and analyze the highly-ranked sites to determine the maps’ accuracy and to add information about good views, habitat condition, and recreational potential for trails. The full Urban Forest Conservation Assessment report was completed in October 2006 and is available below (pdf format) or from FNHA, Box 3635, Fayetteville, AR 72702-3635

What were the most important characteristics used in evaluating these conservation sites?

What are the results of the GIS analysis?